This game is coming soon

Fracture the Flag is not the usual hyper-click-fest of an RTS… Its a slower take on the genre. Lightening fast reflexes won’t win the game but well placed buildings and well chosen upgrades just might do the trick! Build your economy, spread your control and then… smash the crud out of you opponent!

Fracture the Flag is a PvP oriented RTS, but has a growing single player set of features. The primary goal is to expand your territory and conquer your opponent’s. Do this by planting flags to add to your area of control or taking out an opponents flag will and erasing their influence, not to mention their buildings. Some territory is rich in resources other has tactical and strategic value. 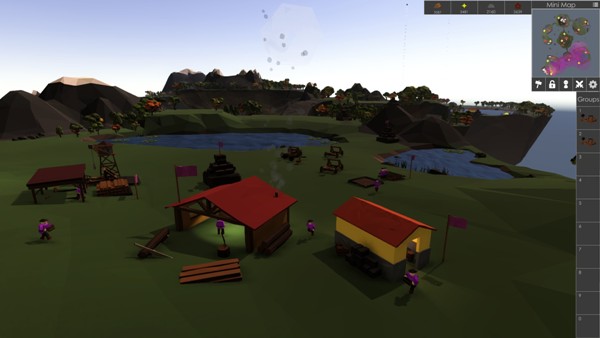 Or you could just peacefully use the nearby trees for target practice… Can’t promise that’s a winning strategy, but all to their own!

Use siege weapons and hand delivered bombs to destroy opponents walls, flags, and maybe most importantly their economy. Stop a player’s economy and you’ve got them by the tender bits.

The War of the Worlds

The item above is Sponsored Content
Tell the world about your game. Helping to promote and spread the word about indie games. Add a profile about your indie game today.

Get in touch.
I'm here to help!